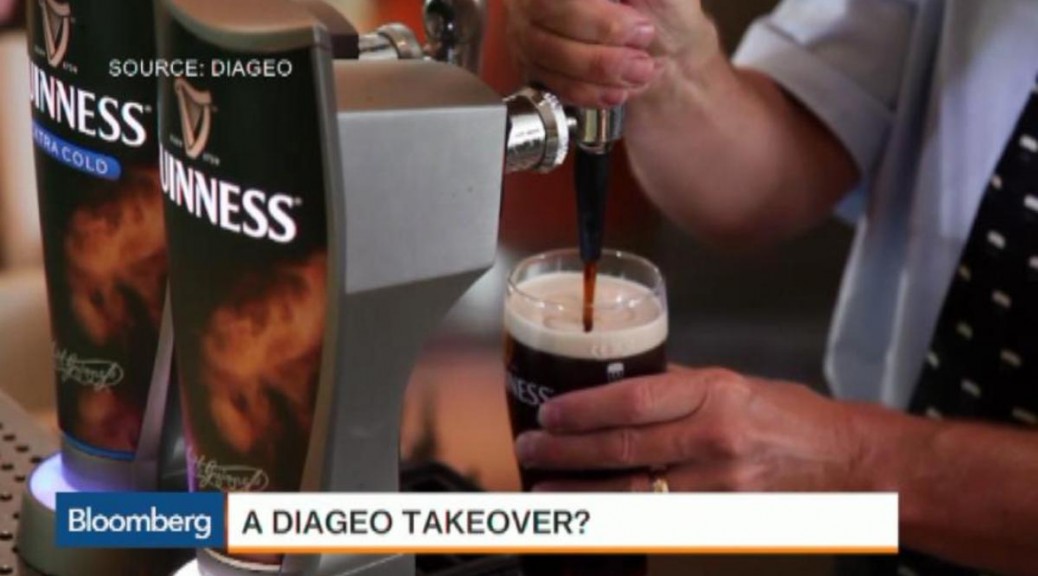 Diageo Plc, the maker of Guinness stout and Johnnie Walker whisky, surged in London trading on a report that a billionaire backer of Anheuser-Busch InBev NV is considering a takeover bid.

Jorge Paulo Lemann and other executives are in early stages of mulling an acquisition, according to a column on Friday by Lauro Jardim, an influential writer for Veja, Brazil’s biggest-selling news magazine. A spokeswoman in Brazil for Lemann declined to comment, as did a representative for London-based Diageo.

World media outlets have yet to confirm the rumor, but it has definitely affected the market: sending the shares up 9 percent.

If the deal goes through, it would be the largest private equity buyout in history. To put it simply, this would be a huge takeover.

Obviously, Warren Buffet has backed 3G companies in the past, so the rumor could possibly be true. For more in depth information, click here.