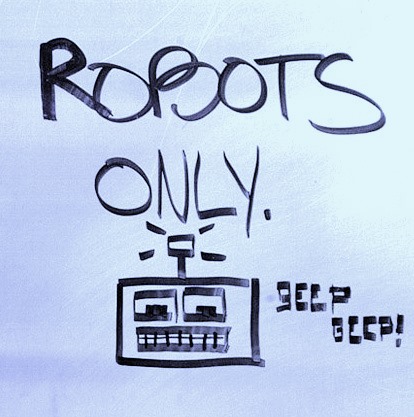 When ETFs were first launched in 1993, the ‘framers’ might not have fully appreciated what would happen to the respective ETF cash index in the event of a lopsided market opening when the underlying constituents had not yet opened for trading, despite the easy recall of October 1987..

Since that time, market structure experts and the cast of exchange characters regulated by the SEC have introduced a litany of steps, including NYSE’s Rule 48 that are designed to serve as circuit breakers to bring calm to the chaos caused by out-sized volatility, particularly during market openings. According to observations in the wake of the most recent market turmoil, when ETF market-makers stepped back and provided wide-as-a-truck pricing because constituent issues had yet to open, the CEO of BATS Global Markets, the electronic trading platform that has grown from the size of mouse to being one of the bid kids on the block, sent a signal to the media that led many, including MarketsMuse editors, to infer that he believes that humans are no longer relevant in the new age of Wall Street, computer horsepower and smart algorithms.

As noted by the WSJ in its Sep 1 story by Bradley Hope , “…in a strongly worded rebuke to its rival and NYSE operator Intercontinental Exchange on Tuesday, BATS Chief Executive Chris Concannon said that NYSE Group’s process for opening trading on stocks listed at the exchange was “broken” and that major changes needed to be made to protect investors from future problems. “No one on the planet operates that way, and no one should operate that way,” he said in an interview, adding that he sees “very limited value” in the use of humans on the trading floor

Some traditional market experts have since quietly suggested that Concannon “could have bets in his belfry if he believes that computers should be taken out of the equation.”

NYSE officials and floor brokers have argued for years that they serve a crucial role providing slower trading within today’s high-speed, electronic markets.

“The debate is about whether we need a slower market structure or a faster market structure on days with large systemic volatility,” said David Weisberger, managing director at market-analytics firm RegOne Solutions. The slower version is driven largely by people, whereas the faster one is controlled by computers and trading algorithms, he added.

The NYSE spokeswoman defended the exchange’s approach by contrasting it with a notable failure that BATS experienced itself with its own initial public offering.

Here’s the two points of Rule 48 and what the debate is based on. 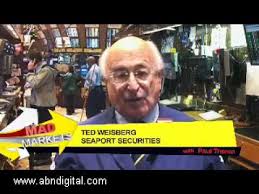 Ted Weisberg, a longtime floor trader and founder of floor brokerage Seaport Securities Corp., said invoking Rule 48 can speed up the opening of stocks but leads to less transparency.

“When you invoke Rule 48, you’ve opted for speed over price discovery and speed over transparency,” he said. “‘What’s in the public’s best interest is transparency and time to react.”

An NYSE spokeswoman said: “Rule 48 allows us to expedite the opening of stocks on volatile days while maintaining the hallmark transparency that we are known for.”

BATS is accustomed to Donald Trump-style brashness  In prior MarketsMuse coverage ,they are strong advocates of “pay-to-play” kickbacks that provide rebates in exchange for orders sent to their electronic venue as opposed to sending to competing electronic trading venues. Here’s an excerpt from that story:

At the other end of the spectrum, executives at BATS Global Markets Inc., which is perhaps the second largest equities exchange as measured by volume, don’t support an outright maker-taker ban and think the rebate paid to liquidity providers matters, “particularly with less liquid securities,” said Eric Swanson, general counsel at BATS, Kansas City, Mo.

[MarketsMuse editor note: Mr. Swanson is a former SEC senior executive who served as Asst. Director of Compliance Inspections and Examinations during the same period of time that his wife Shana Madoff-Swanson, the niece of convicted felon Bernie Madoff, received millions of dollars in compensation while she served as head of compliance for Bernard L. Madoff Investment Securities. According to Wikipedia, Swanson first met Shana Madoff when he was conducting an SEC examination of whether Bernie Madoff was running a Ponzi scheme. Ms. Madoff-Swanson’s father Peter is the brother of Bernie Madoff and is currently serving an extended sentence in a federal jail while Uncle Bernie is serving a 150-year sentence.]