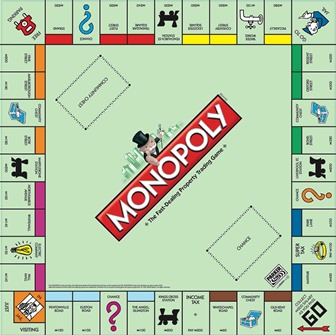 (Bloomberg)-In what merger-arbitrage experts might call a ‘take-under’, Nasdaq Inc. is paying less than half the price for what ISE traded for in its last price setting after it agreed to buy Deutsche Boerse AG’s International Securities Exchange for $1.1 billion, catapulting it to the top of the U.S. options market.The transaction could also help Deutsche Boerse fund another acquisition. The Frankfurt-based company is in merger talks with London Stock Exchange Group Plc. Deutsche Boerse has been trying to sell ISE, which it bought for $2.8 billion in 2007, since at least 2014.

ISE runs three options markets, and so does Nasdaq. Together, those six exchanges handled 38 percent of U.S. volume in February, which exceeds the current leader CBOE Holdings Inc.’s 27 percent, according to data compiled by Options Clearing Corp. However, CBOE arguably retains the jewels of options trading: exclusive rights to contracts on the Standard & Poor’s 500 Index and the VIX, a CBOE product that tracks investor fear.

“We are going to have the size and scale that competitors don’t have,” Nasdaq Chief Executive Officer Bob Greifeld said in a telephone interview Wednesday. “We’ve paid attention to ISE for a long

period of time.”Nasdaq sees the deal closing in the second half of the year and plans to fund the transaction with debt and cash, according to a statement Wednesday. This is the New York-based company’s fourth acquisition in recent months, following deals for an investor-relations business in Canada, the Chi-X Canada stock market and SecondMarket, a platform for trading shares of private companies.

Deutsche Boerse is keeping two parts of ISE: its ownership interests in Bats Global Markets Inc. and Digital Asset Holdings LLC, according to an e-mailed statement. Bats runs exchanges for stocks, options and currencies. Digital Asset Holdings is trying to use blockchain, the software underpinnings of bitcoin, to dramatically speed up the processing of financial transactions.

A stake in a key options-market utility will shift over to Nasdaq through the acquisition. Both Nasdaq and ISE own 20 percent of Options Clearing Corp., the clearinghouse for all trades of stock options on U.S. exchanges.

“We think that’s an incredible organization and asset certainly as time goes on,” Greifeld said. “We’re very pleased with that part of this transaction.”

Shareholders of OCC recently began receiving dividend payments, compensation for a regulatory mandate requiring its owners to contribute more capital to support the organization. Bats Global Markets, which handles just over 10 percent of U.S. options trading, has complained it’s unfair it doesn’t get those dividends because it’s not an OCC owner.