There’s been a lot of conjecturing as to the timing of the Anheuser-Busch InBev NV (A2/A) for SAB Miller plc (A3/A-) deal.  That should be expected.  After all, since SAB Miller accepted ABIBB’s s $106b takeover price on Tuesday, the buyer announced it will issue a corporate record $55b in debt to finance the takeover.  I have subsequently been asked by many what my thoughts on timing are so why not share them with you as well?

There is a six week window before Thanksgiving after which things begin to slow down although I think this year, the first two weeks in December will be more robust than in prior years.  Rates will be lower-for-much-longer and as we approach year end issuer’s will jump in to secure great financing before the busy start to 2016. Now, 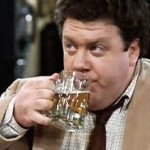 regulatory hurdles could certainly slow down the $55b in ABIBB issuance until next year.  Recall that Carlsberg faced one year of regulatory harangues before it completed its takeover.  However, assuming $1.25 trillion in total 2016 U.S. Corporate issuance, or more, the transaction represents 4.4% of that volume!  Heck, we all find it hard to earn 4.4% interest on our own money!……Just to put 4.4% into the proper perspective.  In addition, can the current marketplace absorb $55b in issuance?  Today for example, many market participants were shocked at the relative absence of any IG primary calendar. Today’s session only hosted three issuers at a time when just yesterday we came off of the first back-to-back double digit billion dollar days for IG Corporate new issuance in five weeks dating back to September 8th thru the 10th!  As one market professional quipped to me this morning, “hey it’s free money for them (ABIBB) so they can do this anytime!”  No one can answer to the speed of regulatory hurdles but we all know when it comes to regulatory anything it means much more time.  In this case the takeover has to meet muster with global regulators.  For that reason alone we’ll see the deal print sometime next year.

The overall markets are also still very fidgety in here, although IG Corporate new issuance seemed to be moving in the right direction judging from the past two days and today’s session was especially impressive, albeit there were only three issues. There are concerns with IPOs not getting off the ground.  For that, I point directly to yesterday’s pulled IPO for Albertsons Cos.  In addition, First Data Corp’s lower than desired IPO priced at $16 vs. the $18 to $20 per share it sought and Neiman Marcus’s decision to wait on its IPO.  First Data’s $2.6b IPO was the largest of 2015 and nearly twice that of runner-up Tallgrass Energy’s $1.4b IPO last May.  Lest we forget that yesterday Wal-Mart shocked the investment community by forecasting a drop in 2016 earnings. Shares were pummeled down 10% and Q3 corporate earnings, for the most part, have missed with downward revised forward forecasts.

Dell Inc. (Ba3/BB+) also announced an up to $67b cash and stock deal to acquire EMC Corp. (A1/A).  Dell is heard to be planning a total of $45bn in debt to consummate the deal.  Net, net, not only ABIBB but Dell also stands to make billions from these deals so even “if” regulatory approval is unbelievably, almost unreasonably expeditious and the green light is given, both will leave big NICs on the table to get their deals done.  As for the banks and the respective fees they stand to garner before year end, should timing be sooner rather than later on both transactions, well………..it’s a no brainer for them folks.  The combined ABIBB for SABLN and Dell for EMC deals represent 8% of an entire year’s worth of IG Corporate issuance!  Digest that for a moment….Did you hear that?.CHA-CHING! How badly would investment banks love to have those profits on their 2015 books?