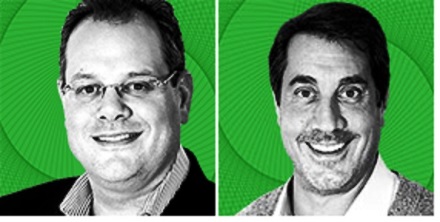 As astutely noted by Institutional Investor Magazine’s Senior Editor Jeffrey Kutler, “The origin of the term “fintech” is difficult to pinpoint; only very recently has it become an accepted label for one of the hottest segments of the technology market. The availability of high-­performance computing and low-cost distribution channels is attracting a steady stream of entrepreneurs with ideas for improving, if not revolutionizing, financial products and processes — and investors are in hot pursuit.”

With that lead in, MarketsMuse curators are happy to excerpt II’s latest ranking report, this one profiling the top fintech bankers and financiers. We extend a special salute and shout out to merchant bank SenaHill Partners, led by securities industry veterans Neil DeSena and Justin Brownhill—whose boutique merchang banking firm is ranked within the top 20 of 35 firms profiled by Institutional Investor’s global survey.

Institutional Investor’s first Fintech Finance 35 ranking turns a spotlight on the financiers who are abetting this flowering of innovation. They include deal makers at various stages of the investment cycle and facilitators of the incubating, mentoring and capital-­raising ecosystems that accelerate promising financial start-ups’ paths to commercialization.

According to one global tally, by consulting firm Accenture, fintech investment tripled in 2014, to $12.2 billion, its growth rate dwarfing the 63 percent for venture capital overall. Research firm CB Insights estimates that fintech’s share of total venture capital activity quadrupled between 2008 and 2014, to 12 percent.

That’s the big picture. Here we present perspectives on the boom through the lenses of some of its leading players. (To account for firms’ partnership structures, a total of 41 individuals are recognized.) Opinions and investment theses vary, as does the approach of a traditional venture fund manager compared with that of a corporate strategic investor. But all share a conviction that fintech is here to stay and an enthusiasm for the work, which neither begins nor ends when checks are issued. Venture capitalists typically meet with hundreds of prospects over the course of a year before making a relatively small handful of bets, and through board seats or other types of advisory relationships they provide ongoing guidance, often drawing from extensive industry experience.

The Fintech Finance 35 ranking was compiled by Institutional Investor editors and staff, with nominations and input from industry participants and experts. The evaluation criteria included individual achievements and leadership at the respective firms, influence in the community at large, and the size, reputation and impact of the respective funds and institutions in the financial technology industry — particularly in the current wave of fintech financing.

“We put our money where our mouth is,” one of SenaHill Partners’ mantras, could apply to any number of firms at various stages of the fintech investing cycle. What distinguishes New York–based SenaHill is its hands-on, merchant-bank-like team of “founders and operators of technology businesses,” says Justin Brownhill, 44, the “Hill” of SenaHill.

“We are able to see things a little differently” when identifying disruptive innovators and imparting essential been-there-done-that wisdom. A former Donaldson, Lufkin & Jenrette banker; an investor in and executive of the Lava Trading platform, which Citigroup acquired in 2004; and CEO of the Receivables Exchange from 2007 to 2012, Brownhill formed SenaHill in early 2013 with Neil DeSena. “We have been on both sides of the table,” says DeSena, 51, who started the REDI institutional trading business at Spear, Leeds & Kellogg in 1992 and, after Goldman Sachs Group bought the execution and clearing brokerage in 2000, was global head of REDI Products through 2006, before pursuing investment opportunities on his own.

Managing partners Brownhill and DeSena, along with partners Gregg Sharenow (ex-COO of National Discount Brokers, acquired in 2000 by Deutsche Bank) and Kyle Zasky (co-founder of EdgeTrade, part of KCG Holdings since 2008), represent “multigenerational experience” that compounds the value of the checks they write, which tend to be less than $1 million, Brownhill says. The portfolio includes AIREX Market, a data repository that claims to be democratizing distribution of financial reports and apps; WealthForge, a private investment infrastructure that will power the SenaHill Portal, a soon-to-launch online listing of co-investment opportunities; capital markets blockchain developer Symbiont; and recruitment site untapt. DeSena is excited by the blockchain, and “not just because it is “the new black. It will attract more people into financial technology and help the industry solve its talent issues.”

The entire story, including a snapshot of the top 35 fintech banking firms from Institutional Investor is here.