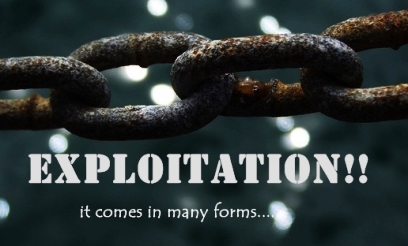 While equities markets have zig-zagged since late summer with lots of volatility,  leading to pretty much no change in major indices since late August, news media outlets have put their cross hairs on the ETF industry, which has been battered with criticism consequent to out-0f-context pricing that has riddled opening bell markets during recent spikes in volatility.  CNBC pundits have invited an assortment of geniuses to explain, defend or attack ETFs for days, including 30 minutes dedicated to the topic mid-day yesterday.  The industry print publications have been repurposing each other’s copy with similar themes for days, and the SEC and other alphabet agencies are purportedly ‘investigating’ the ETF industry as a consequence of the recent disruptions.

For equities market experts who are fluent in exchange-traded funds, which are nothing more placeholders for bespoke basket trading strategies–you know that the notion of disruptions in pricing of the cash product aka the ETF could easily happen whenever there is a dislocation in the underlying constituents. Its a caveat emptor type of product. But, somehow, this simple concept has been lost on everyone, except of course by ‘savvy hedge fund managers’..and what a surprise, one HF name now being mentioned for exploiting ETF products is none other than Steve Cohen.

Here’s an excerpt from today’s WSJ “Traders Seek Ways to Benefit From ETFs’ Woes…In some cases, gains come at expense of individual investors”….–which is arguably best suited for college freshman taking elementary classes. According to one trader interviewed by the MarketsMuse Curator, “If there is any SEC-certified RIA or any institutional investor who doesn’t understand this product and the related nuances [and believes the WSJ article was informative], your license should be stripped.”

Wall Street is concocting ways to capitalize on potential weak spots in exchange-traded funds, which showed signs of vulnerability during the recent market turmoil.

Aiming at ETFs from cybersecurity to oil, traders are designing wagers to take advantage of what they say are shortcomings in the ETFs’ structure. In some instances, their trades pay off as investors who have invested in low-cost ETFs in various parts of their portfolios suffer.

Troubles befell some ETFs in August. As stock markets world-wide dived, dozens of stock ETFs traded at sharp discounts to the sum of their holdings for a short time, before stabilizing. The imbalance emboldened traders, who have been crafting bets against ETFs designed to generate small profits in steadier markets and bigger gains in volatile times.

“It’s almost like ‘I told you so’” said hedge-fund manager Ian McDonald, who is employing a series of complicated trades to profit off weakness in ETFs. “This is what I’ve been waiting for.”

ETFs trade like stocks and typically track a basket of securities. They have boomed in popularity among individual investors over the past decade and are offered in more than 1,300 varieties in the U.S.

Firms including Steven A. Cohen’s Point72 Asset Management and Mr. McDonald’s Hilltop Park Associates, which have been shaping trades around the products, believe they are poised to profit off what they see as structural weaknesses in the industry, while less-sophisticated investors come up short.

Their logic: ETFs’ price swings sometimes are more pronounced than the moves of their underlying assets. On Aug. 24, a volatile day, BlackRock Inc. ’s iShares Select Dividend ETF, was at one point down 35% though none of its holdings ever fell close to that far.

Mr. McDonald, managing director at Hilltop Park, is placing short bets against the holdings of ETFs such as PureFunds ISE Cyber Security ETF, a $1 billion-plus fund that tracks cybersecurity stocks. He reasons that money has flowed rapidly into the ETF, pumping up shares of those companies relative to their peers that aren’t in the fund.

As a result, if investors start pulling money out of the fund and the fund companies are forced to quickly sell their holdings, those stocks will fall more than their peers, he said. Mr. McDonald has targeted this particular fund because cybersecurity is a relatively obscure industry with thinly traded stocks, so the ETF’s selling could magnify the price declines of those stocks.

Other wagers on ETFs reflect a belief that the products can be exploited in good times and bad.

Mr. Cohen’s Point72 and others have in their cross hairs commodities ETFs such as United States Oil Fund, which tracks the price movements of crude oil, people familiar with the matter said. They have identified what they say is a weakness in many funds’ operations that they can exploit in stable or volatile markets: ETFs including USO reshuffle their portfolios on the same handful of days every month.

Point72 and others have found that if they can anticipate moves they know the ETF will employ, they can profit from the products’ buying and selling activity during that same period every month. This is a new twist on a classic Wall Street “roll trade” because the ETF is rolling over its holding of one futures contract that is close to expiring for one expiring a month later.

Hedge-fund traders believe that over the long term, relatively high fees and a complicated system of rebalancing holdings daily reduce the potential upside of leveraged ETFs in market upswings and exaggerate their falls in a pullback.

“Just because something has a chance of making money doesn’t mean it’s an arbitrage or a great trade,” said Peter Hecht, investment strategist at Evanston Capital Management, which invests client money into hedge funds.