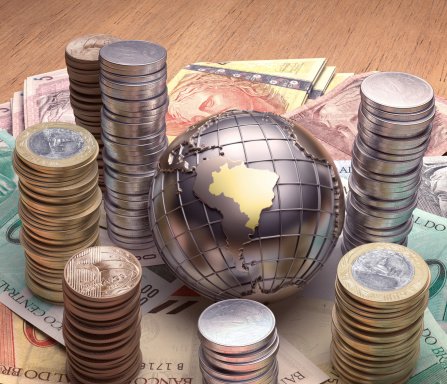 MarketMuse update is courtesy of Reuters.

Guggenheim Investments, the seventh-largest ETF issuer in the United States, is considering trying on currency hedged ETFs for size.

Guggenheim Investments is considering launching one or more currency hedged exchange-traded funds, one of the hottest and most sought-after financial products the last few months.

“I will confirm that we’re interested in this space,” Bill Belden, Guggenheim’s managing director of product development in Chicago told Reuters on Friday. “We’re very familiar with the currency space and we’re always interested in providing new products whether they’re hedged or not.”

A currency-hedged ETF removes the foreign currency return of a given fund by buying a forward contract in the currency, and rolling it typically on a monthly basis.

Currency-hedged ETF assets grew 48 percent in 2014 to roughly $20.8 billion, and have grown 1,519 percent over the past two years, according to Deutsche Bank AG, a major player in the space.

A strong dollar is prompting U.S. investors to buy hedged ETFs. Typically, currency-hedged ETFs protects the underlying international equity exposure against a falling foreign currency such as the euro or yen.

But Guggenheim’s Belden said there’s room for more players in the industry. Guggenheim has about $28.8 billion in ETF assets and roughly $220 billion overall.

“The hedged ETF you have seen basically captures an exposure to an international market that hedges against a local currency’s falling value,” said Belden.

“But we know that local currencies don’t fall perpetually. It has been a pretty consistent trend in the past but we don’t know what’s going to happen to those strategies, if any particular currency goes the other way.”

Guggenheim has a suite of nine currency ETFs, totaling about $1.1 billion. Of the nine ETFs, two have shown positive returns. CurrencyShares Japanese Yen Trust is up 1.5 percent so far this month, and the CurrencyShares Swiss Franc Trust is up 8 percent.