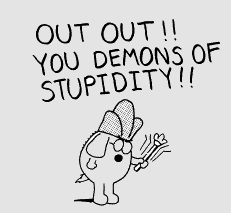 Now that InteractiveBrokers is turning up the heat and joining the “unbundling movement” by offering independent research via its world-class trading platform, MarketsMuse editors spotlighted the following comments courtesy of global macro sage Neil Azous, Founder/Managing Member of Rareview Macro LLC from today’s IB feed..If you’re a hedge fund-type, you will either smile, smirk or throw a rock at your computer..

A few of our hedge fund buddies have asked us to bring back “the old-school Neil” and tell you what I think will happen in the next 48-hours. We aim to please, at least sometimes, so therefore today’s note has a lot of “hedge fund speak” and is very short-term in nature. Here we go.

If you ban selling, threaten to arrest short sellers and suspend over half the market, then at some point Chinese equities will inevitably close positive. Add in some good old fashioned government buying of what actually remains open and it is no great surprise that equity markets closed positive in China.

While the invisible hand of China’s government has set a positive bid-tone for the rest of global risk assets today, it also increased the probability of further PnL duress for long/short hedge funds here in the old US of A.

Sadly, the desire by the long/short hedge fund strategy to reduce overall gross exposure over the last week has been very low.

The fact is that the majority believe that the earnings bar going into this reporting season is so low that you can crawl over it on your knees, and that the dispersion of opportunities remains high due to M&A activity or event-driven catalysts. The last thing this investor base wants to do is lose core positions on account of Greece or China. In Greece, the opportunity cost has been high over the years, and in China’s case, since none of them have really any meaningful direct exposure, the mindset is that the spillover effect to US equities is marginal at best.

As a result, long/short hedge funds remain long on single stocks, and to at least show some appearance to their investors that they are being prudent given the top-down concerns globally they have OVER-purchased a lot of market-related protection, or have used blunt instruments to get really short of the market outright. Put another way, their gross exposure is roughly the same as where it was last month, before the very recent global margin call kicked in, but there is large contingency now running TOO NET SHORT.

To continue to dazzle you with words like “code-red”, it does not take a genius in this business to look at all the usual short-term hedge fund indicators and recognize that many of them are at extremes – that is, put/call option ratios are at 18-month highs, prime brokerage position reports show the net short position at multiple standard deviations above the average over the past year, etc.

So what does the fact that long/short hedge funds are extremely long single stocks and over-hedged actually mean?

It means that if you are a long/short hedge fund, staffed by people who believe they are superior human beings because they get not only a management fee but a performance fee as well, that if your single stock long positions start to under-perform the index that you are short of, then you will add to the narrative that hedge funds have done nothing over the past few years except trail the major market benchmarks. They are too smart for their own good a lot of the times.

So what do you want to watch in order to gauge whether long/short hedge funds either suffer PnL duress because their shorts positions go up in value faster than their long positions?

The answer is simple.