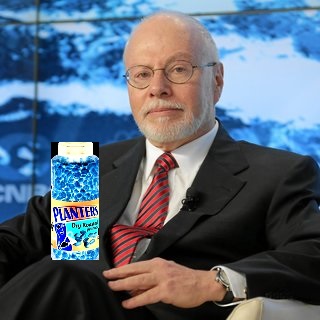 Below MarketsMuse extract courtesy of FinAlternatives.com’s afternoon edition (which is courtesy of coverage from Bloomberg LP’s Kelly Bit) is a beauty for those who follow the musings of this global macro trading titan…and the comments are consistent with what makes Paul Singer, well, Paul Singer..

“Today’s trading levels of stocks and bonds reflect ‘thumb on the scale’ valuations driven by persistent and massive government asset purchases and zero percent (or lower!) short- term policy rates, as well as an essentially unlimited tolerance for risk,” Elliott wrote in the firm’s fourth-quarter letter dated Jan. 30, a copy of which was obtained by Bloomberg News.

The 70-year-old Singer, one of the biggest backers of Republican politicians, has repeatedly criticized the Federal Reserve and central banks globally for quantitative easing. In a letter late last year, he said optimism on U.S. growth is misguided as economic data understate inflation and overstate growth. Elliott, which manages $25.1 billion, gained 8.2 percent in its main hedge fund last year and has returned 13.8 percent annually since inception in 1977.

The New York-based firm wrote in the latest letter that “it is actually quite nutty to continue holding long-term developed-world government bonds at current levels.” Singer also said global stock prices “cannot possibly reflect the best analysis of millions of investors regarding the prospects of private-sector corporate profits.”

Elliott extended its criticism to the European Central Bank, which last month promised to buy as much as 60 billion euros ($68 billion) of assets each month through September 2016, a move that won’t improve the region’s economy, it wrote in the letter.

Elliott also said the next trading crisis may be instigated by episodes like the Swiss National Bank’s surprise decision to end its cap against the euro to let the franc appreciate.

For the entire article, we invite you to visit FinAlternatives.com