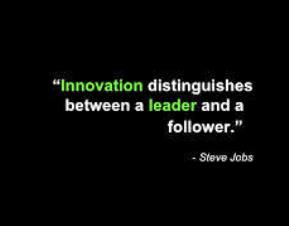 MarketsMuse Trading Technology/FinTech department profiles Wall Street’s rapid embracement of the tools that power Bitcoin with a look at Symbiont, a company that aspires to disrupt the capital markets process.

Distributed ledgers, the technology behind the Bitcoin blockchain, can be used to issue, trade and process an array of financial instruments on a single, global, decentralized peer-to-peer financial network. And guess what, Symbiont, a startup that’s backed by several high-powered Wall Street figures, has established a platform for so-called smart securities, or financial assets that are programmable versions of traditional securities, using the distributed ledger.

Early investors include Duncan Niederauer, former CEO of NYSE Euronext, and Matt Andresen, founder of the Island ECN. “Symbiont is bridging the gap between Wall Street and the emerging blockchain ecosystem,” said Niederauer, managing member of 555 Capital and a member of the Symbiont Board of Directors.”It’s an exciting, timely and much-needed development for the long-term health of the markets.”

SenaHill Partners, the recently-established fintech merchant bank led by former Goldman Sachs trading tech honcho Neil DeSena and former Citigroup tech titan Justin Brownhill will serve as Symbiont’s business development agent. “SenaHill Partners is focused on fintech companies, and specifically on assisting a transition from analog-based financial services into technology-based financial services,” Smith said. “All of our access into the Street comes through SenaHill, so SenaHill is an important part of the Symbiont story.” SenaHill Partners also served as merchant bank and deal advisor to Livevol, the provider of equity and index options technology and market data services. During the first week of June, Livevol entered into a definitive agreement to be acquired by options exchange CBOE Holdings, Inc.

“The real value of this new technology is in the underlying protocol, the distributed nature of the Bitcoin blockchain, and the immutable nature of its ledger,” says Symbiont CEO Mark Smith. The distributed ledger is “a way to create new securities that could solve some of the problems that existed in the more opaque, less transparent, less liquid markets,” Smith said.

“We have launched Symbiont to create a generic platform that can operate on multiple types of cryptographically protected distributed ledgers to create what we are trade marking Smart Securities,” said Smith. “It’s a digital security that can be programmed with all the terms and conditions of a financial instrument. Once issued on a block chain, it can act autonomously to execute and extract terms and corporate actions without any human intervention.”

MarketsMuse sends a shout-out and thumbs up to June 18 reporting of this story by MarketsMedia.com