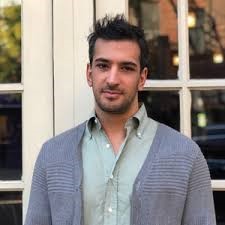 FEBRUARY 15 2022: ANDREW ROSS KATZ AKA ROSS KATZ WAS CONVICTED OF ASSAULT CHARGE IN NYC on Feb 7; FLEES AND FOREGOES $200K BAIL BOND; FUGITIVE WARRANT FOR ARREST ISSUED IN NEW YORK; KATZ NOW BELIEVED TO BE SENDING DEATH THREATS TO WITNESSES; CONSIDERED TO BE ARMED AND DANGEROUS

In a continuation of a bizarre story that MarketsMuse has been monitoring for more than two years, Andrew Ross Katz, the founder, and CEO of so-called digital asset/crypto trading firm Seaquake.io is now a fugitive after failing to appear for a series of court dates in New York Criminal Court and since being convicted on Feb 7 2020 of assault charges that were first brought in November 2020.

According to confidential sources, the ADA prosecuting the case had been warned at the early stages of the criminal proceedings of Katz’s extensive criminal background in multiple states, and that the ADA had been lobbied to request the court to deny bail, as the defendant should have been considered a flight risk. Katz’s criminal arrest record extends over many years in cities that include his hometown of Arvada, CO, Los Angeles, New York, and Miami. Katz’s most recent arrest apparently took place in late 2021 in Miami, during the same time a cryptocurrency convention was being held in that town.

As to the charge of Aggravated Harassment, according to multiple sources, this particular charge is consistent with a behavior pattern that Katz has perpetrated repeatedly over the past years against various people (unrelated to the current charges). No less than four individuals who have had ‘run-ins’ with Katz, including former landlords, relatives, and aggrieved investors have each independently contacted MarketMuse to share respective incidences in which Katz has tormented them with physical threats via voice message and text messages sent by ‘burner phones’, as well as defamatory messages that Katz has posted on social media platforms, all in effort to intimidate these individuals in retribution for legitimate complaints they had made against him in various jurisdictions.

Editors note: Fugitive Katz’s ‘aberrant behavior’ seems to extend back to his adolescence, according to public court filings. While in his teens, he was dispatched by his parents to a Utah-based ‘educational facility operated by “World Wide Association of Specialty Programs” that, according to public records, “is in the business of serving desperate parents of troubled youths and specializes in improving the students’ aberrant social behavior..” Per link above, fugitive Katz and Alyson Katz (Andrew Katz’s mother) were members of a class-action lawsuit brought against “WWSPS”. (That suit was dismissed in 2011).

According to informed sources, soon after his disappearance last week, Katz has purportedly commenced a series of death threats against a separate individual (and immediate family members), who is a victim of financial fraud that Katz and partner, Matthew J. Krueger of San Francisco are alleged to have committed back in 2019. It is believed the [purported] death threats that came from Katz (“purportedly, yet with high probability”, according to law enforcement officers familiar with the matter), are part and parcel to a lengthy history of intimidation tactics that Katz has exacted in retribution on those have filed charges against him.

To the amazement of those interviewed and familiar with the apparent criminal activities of Katz, Krueger, and associated entities, the individuals’ profiles, and respective current Seaquake.io executive roles remain displayed and promoted on LinkedIn (e.g. Andrew Katz, Founder & CEO; Matthew Krueger, “Partner & CFO” and the company’s website, which continues to publish “updates” that suggest the firm offers a range of “crypto trading and fintech applications and services to the cryptocurrency industry”. That website also displays a number of crypto industry investment firms that have purportedly made investments in Seaquake.

Most recent updates to that website suggest that funds managed by Crypto Industry Pioneer Brock Pierce‘s Percival Ventures, along with those from Blockchain Founders Fund, whose senior principal is Aly Madhavji, are investors in Seaquake. Both Pierce (a 2020 presidential candidate) and Madhavji are displayed as Advisors to the company on the Seaquake website. Sources have told MarketsMuse that Madhavji has denied having any connections to Seaquake, yet neither of these individuals or members of their firms has responded to outreaches by MarketsMuse for them to confirm or deny the information displayed on the Seaquake.io website.