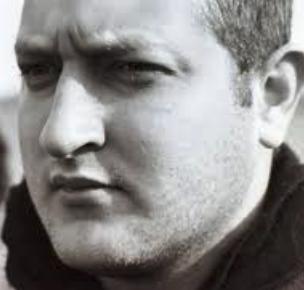 Business Plans Without Borders aka Borders.org is a novel non-profit intended to provide wind in the sail for startups launched by immigrants, refugees and under-served inner-city entrepreneurs.  Created by long-time finance industry veteran Paul Azous, the altruistic initiative defies current political in-sensibilities and embraces the simple notion that small businesses are the lifeblood of a vibrant economy.

The spirited debate surrounding immigrants vs. legal immigrants, nationalism vs. populism and let’s not forget the philosophy embraced by White House Svengali Steve Bannon’s  and his leaning to  ‘traditionalism*’, MarketsMuse Curators were inspired to spotlight a news story profiling what is perhaps an easy idea to digest:  it’s all about altruism, or at least that is the thesis being advanced by a long time finance industry consultant who has accrued more domestic and international frequent flier miles than most.

Finance industry veteran Paul Azous, a Seattle-based self-made entrepreneur who is often referred to by polls across the private placement industry for being a  “Top 40 Under 40” has a view that both sides of the aisle should embrace when it comes to putting the wind in the sails of folks who aspire to achieve the American Dream. The thesis that drives the non-profit “Business Plans Without Borders”  is simple: “..if those with passion, focus and entrepreneurial aspirations who want to do good for themselves and their communities lack the compass that can point them to the on ramp are not embraced and given a lift by those who understand the obstacles faced by [legal] immigrants,  refugees and the under-served from within our very own borders, who can we support?!”

Per below news release, Azous and his wife launched the non-profit in Q4 2016 with the goal of providing business plan preparation, mentoring as well as awarding startup grant funding to inner-city entrepreneurs as well as incoming immigrants and refugees who are able to meet merit-based criteria and applicant requests are reviewed by a volunteer Advisory Board comprised of start-up gurus and thought leaders from across various industries. Azous is looking to aggressively add to the advisory network whose members not only review applicants, those advisors are also committing to match grants extended by the non-profit.

SEATTLE, Feb. 15, 2017 (GLOBE NEWSWIRE) — Serial entrepreneur and veteran business plan advisor Paul Azous announced that he has recently launched a non-profit organization dedicated to assisting the most vulnerable in society with their business startup needs. The organization, Business Plans Without Borders  assists refugee, immigrant, and inner-city, low income aspiring entrepreneurs with business plan writing assistance in the form of business writing collaboration, the allocation of grants and facilitating networking opportunities with seasoned industry professionals. Aspiring entrepreneurs who qualify for assistance can apply directly via the organization’s website, www.borders.org . Grants are awarded based on merit.

Paul Azous is an 18 year finance industry veteran and Founder/CEO of Prospectus.com, a global consulting firm that assists startups and later stage private and public companies with a broad range of professional services, from business plan and prospectus writing to initial public offering and stock exchange listings.  During the past 15 years, Paul and his firm have guided scores of companies across multiple industries and geographic regions in helping to launch start-up and fast-growth businesses. His primary focus has been on developing business plan summaries, financial and business models, conducting company valuations and assisting with debt or equity offerings. Through a global consultancy framework, Azous has been credited with fast-tracking nearly 5,000 companies in over 50 countries with their business planning and investor documentation needs.

“Creating Borders.org has been a goal of my wife, Tamar and myself for several years, as we’ve always been determined to mentor and back aspiring entrepreneurs who have not had the benefit of a support system,” says Azous. “With Tamar’s background in micro finance and her own “momtrepreneur” experience, coupled with my background, Borders was just a matter of time.”

Entrepreneurs within Border.org’s target demographic typically lack the resources necessary to launch a successful business, even if the business fills a market need. This leaves them unable to raise sufficient funding to adequately develop and market their products or services and consequently, those initiatives are short-lived. Borders.org assists with the most important document that a business owner or entrepreneur must have: the business plan. A business plan enables entrepreneurs to build a roadmap for their company, and is a necessary component to raise capital from qualified investors and/or lending institutions. Borders.org guides entrepreneurs through the strategic business planning process and links them with a wide network of volunteer industry professionals who provide free business startup services, including legal work, accounting, and marketing.

Business Plans Without Borders aka Borders.org – is a 501(c)(3) non–profit organization. The organization was created to assist low income, refugee and immigrant entrepreneurs with writing and developing their business plans. Borders.org staff works one-on-one with aspiring entrepreneurs, helping them formulate, structure and develop cohesive business models, provides merit-based grants to awardees and networking opportunities with accomplished mentors who can bridge the gap between a strong idea and successful implementation.

*Don’t know who Julian Evola is or what a traditionalist is? It is the opposite end of the spectrum when considering the definition of altruist.

Evola, who died in 1974, wrote on everything from Eastern religions to the metaphysics of sex to alchemy. But he is best known as a leading proponent of Traditionalism, a worldview popular in far-right and alternative religious circles that believes progress and equality are poisonous illusions. More to the point “Evolists” (not to be confused, or could be confused with “Ebolaists” embrace the notion of a hierarchical society run by a spiritually superior caste. Evola became a darling of Italian Fascists, and Italy’s post-Fascist terrorists of the 1960s and 1970s looked to him as a spiritual and intellectual godfather.

They called themselves Children of the Sun after Evola’s vision of a bourgeoisie-smashing new order that he called the Solar Civilization. Today, the Greek neo-Nazi party Golden Dawn includes his works on its suggested reading list, and the leader of Jobbik, the Hungarian nationalist party, admires Evola and wrote an introduction to his works.