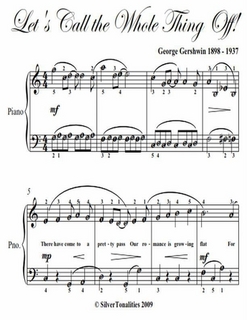 TradeWeb’s Raazi is out after short stint pitching the merits of electronifying the corporate bond market.

MarketsMuse.com has made more than a few mentions about the recent decade’s corporate bond-centric electronic trading platform initiatives and those being spearheaded by the latest generation of altruistic sell-siders, buysiders, and the assortment of those in-between. Today’s MarketsMuse post within fixed income and trading tech sections profiling the surprise departure of e-trading giant TradeWeb’s recently appointed leader of their e-corporate bond strategy is a story that illustrates that even the seemingly smartest folks in the room are encountering the same obstacles that have derailed all but a very short list of ‘innovators’ in the electronic corporate bond trading space. The rapid rise and more rapid resignation of TradeWeb MD Mehra “Cactus” Raazi, who was appointed to the inglorious bastard role of Head of Credit just months ago, leads the rest of us [who are old enough] to hum one of George Gershwin’s great tunes made famous by Fred Astaire and Ginger Rogers .. “Lets Call The Whole Thing Off..”

Raazi, a Goldman fixed income sales alum who joined TradeWeb in late 2013 was profiled by the WSJ just two months ago after being elevated to the role of TradeWeb’s Head of Credit and charged with leading the electronic trading platform’s 3rd effort in almost as many years to introduce corporate bonds to their system. A salesman’s salesman, Raazi favors muy thai and purportedly owns a piece of a downtown NYC watering hole, was hoped to be the genie who could best the likes of MarketAxess, a publicly-traded company whose Directors include an assortment of sell-side stake holders and best known for its role facilitating trades of under $5mil aka “odd lot territory’ versus the meat and potato-sized “round lot trades”. Only about 15% of trades are electronic currently, up from 8% in 2010, and the dominant provider is MarketAxess Holdings Inc.

Courtesy of reporting by WSJ’s Katy Burn, Raazi has either thrown in the towel after discovering that the holy grail of institutional e-trading of corporate bonds is a bigger challenge than kick boxing, or perhaps he’s decided that serving Wall Street and its constituents is more easily accomplished from behind a bar.  According to one sell-side cynic who chooses to remain anonymous while framing the cultural impediments of trying to disintermediate the role of Wall Street dealer desks and indirectly, traditional inter-dealer brokers: “Maybe he woke up and found something strapped to the underside of his car?”

Here’s the opening extract from the April 13 2015 article in the WSJ..

The colorful frontman for a new corporate bond network launched last year by Tradeweb Markets LLC is leaving the company, according to people familiar with the matter, in the latest sign that electronic trading in U.S. credit has been slow to evolve.

Mehra “Cactus” Raazi recently resigned from Tradeweb, said people familiar with the company. The date of his last day couldn’t be determined. The former Goldman Sachs Group Inc.salesman joined Tradeweb in late 2013 and was head of credit for North America.

His pending departure highlights the difficulties financial technology companies have faced getting traction with new credit trading platforms in the U.S., even as investors have shown a willingness to trade electronically amid structural shifts in the bond markets.

Investors in the $7.8 trillion U.S. corporate bond market have complained about lower liquidity, or the capacity to buy or sell bonds quickly at reasonable prices, since new regulations prompted large banks to cut back their holdings of securities called “inventories” that are used for trading with clients.

As many as 18 new technology providers including Electronifie Inc., Liquidnet Holdings, Investment Technology Group Inc. and TruMid Financial, are in a race to grab market share among the portion of the U.S. corporate bond market that trades electronically, according to researcher Greenwich Associates.