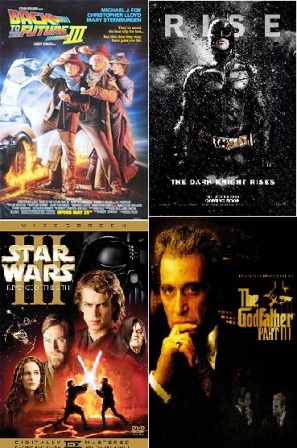 In what has become an ongoing “trilogy-type” story straight out of Hollywood, the WSJ reports today that Fidelity Investments is set to launch yet the latest “dark pool” initiative via a consortium of and exclusively for buy-side investment managers. The announcement comes on the heels of a recently-profiled NYSE initiative [with a strategy to partner with leading investment banks that operate their own dark pools and otherwise bring back the block trade volume taking place away from the NYSE in consideration for lower fees] and a competing NASDAQ initiative that comes with a completely different pricing scheme in effort to capture market share.

MarketsMuse Senior Editor quips: “We’ve seen ‘buy-side only’ schemes before for both equities and fixed income. Bottom line: they’ve all wound up on the cutting room floor.”

Here’s the extract from WSJ reporting, courtesy of Kirsten Grind:

Big money managers led by Fidelity Investments are close to launching a private trading venue designed to let them buy and sell large blocks of stock without the involvement of Wall Street firms and high-speed traders, according to people familiar with the matter.

The effort is unusual for the fund companies because they are rivals, and typically use similar trading venues at big banks, or public exchanges. They have banded together recently out of a shared desire to reform trading by cutting costs and weeding out high-frequency traders, who often have an unfair advantage, according to critics. The companies also have had trouble buying and selling large orders of stock in other pools, these people said. The new venue will require all trades have a minimum share amount.

The Wall Street Journal last spring reported that the effort by Boston-based Fidelity was under way, but it was in the initial development stages and other companies hadn’t yet signed on. The project had tentatively been called “Sakura,” the Japanese word for cherry blossom.

Now the partnership between the companies has formalized, with Fidelity taking the largest ownership position in the new company and other fund firms holding smaller stakes, these people said. The company is expected to launch in the coming days, and trading will begin later this year. The companies will each have representatives on the board and will work together on decision-making, these people said.

The company that will host the trading venue is now called Luminex Trading & Analytics, which was approved as a broker-dealer by the Financial Industry Regulatory Authority on Dec. 26, according to public documents. Michael Cashel, a senior vice president at Fidelity, will be Luminex’s interim chief executive, these people said.

The launch of the company faces some hurdles.

The fund firms will be in direct competition with large banks that use their own dark pools and trading algorithms as ways to persuade firms to use them as brokers. UBS AG , Credit Suisse Group AG and Deutsche Bank AG run the largest dark pools in the U.S., according to data from Finra. Other independent operators such as BIDS Holding L.P. and Liquidnet Holdings Inc. also help facilitate trades between institutional buyers and sellers. About 14.4% of all stock trading took place in dark pools in the first quarter of 2014, according to Tabb Group.

For the entire story from Kirsten Grind/WSJ, please click here