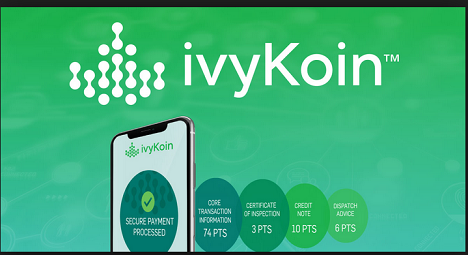 Coinbase Inc. and another cryptocurrency firm talked to U.S. regulators about the possibility of obtaining banking licenses, a move that would allow the startups to broaden the types of products they offer.

Coinbase, which operates the largest U.S. cryptocurrency exchange, met with officials at the U.S. Office of the Comptroller of the Currency in early 2018, according to a person familiar with the matter. Meanwhile, ivyKoin, a payments startup, in recent weeks sat down with officials at the Federal Deposit Insurance Corp., this person said. IvyKoin President Gary Fan confirmed the meeting.

The discussions included other topics, such as the firm’s business models, this person said. The companies might not seek a bank charter, which would significantly ramp up regulatory scrutiny. Whether they do so will depend on whether they decide the benefits of becoming a bank outweigh the costs.

A federal banking charter would let the firms swap a hodgepodge of state regulators for one primary federal one. The companies would also gain the option of directly offering customers federally insured bank accounts and other services, rather than partnering with existing banks.

IvyKoin pitches itself as a payments platform for government-issued currencies and cryptocurrencies that uses “know your customer” technology to detect money laundering. In the near term, ivyKoin is working with banks rather than trying to become one, but it asked regulators about a banking license to understand what might be necessary if it decided to apply, Mr. Fan said.

At the meeting, they “talked about our business model, what we hope to accomplish, next steps for us, key risks and how we can help banks manage that,” he said. “Our experience was really positive and [regulators] actually encouraged the discussion.”

“The past 18 months has seen an explosion of interest in ICOs, too many of which are unconstrained and outside the goal posts of what makes sense,” said Prospectus.com’s Evan Fisher, a former sell side investment banking veteran now consulting fintech firms on ICO best practices. “And, having the proper documentation in place for both investors and regulators is the most important part of any successful fund raise.”

Fisher is experienced in helping startups frame their value proposition properly and stresses founders need to ensure that when regulators do start to take a closer look at ICOs and cryptocurrencies, that all the necessary documentation is on file and easily obtainable.