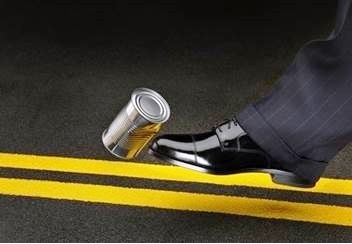 How Low Will Greece Go?

When one broaches the subject of German war reparations, it opens up perhaps modern civilization’s most sensitive human drama to one-sided debate.  But when the cries come from the Hellenic Republic, it also points to an audacity on the part of Greece to hold back nothing for money.  Is it a callous, cowardly blackmail of Germany or is it an appropriate claw-back provision?  You be the judge, I am merely putting it out there.  Last March, Alex Tsipras accused Germany of reneging on World War II compensation owed his nation by Germany which occupied his country from the year 1941 thru 1944.  Angela Merkel’s office reiterated several times that Germany had made good on those payments – end of story!  Clearly a case to stir up emotions against Germany and to garner support from laggard nations like France and Italy to secure additional financial recompense and negotiation leverage for the nearly bankrupt Greece.

The reparations alluded to by Merkel changed over time.  West Germany had already paid Greece nearly $70 million by 1960.  Post World War II, Communism began spreading to Central Europe and the U.S. Marshall Plan supplanted monetary IOUs in favor of supplying Allied nations like Greece with protections against Communism while gaining the Western alliance more influence.  Another inflection point came on September 12, 1987 when Ronald Regan issued his historic “ Mister Gorbachev, tear down this wall” challenge.  At that point, U.S. interests focused more on a smooth German reunification.  It also gave additional support to extinguish spreading communism in Greece.  Then, on September 12th, 1990 came the “Two Plus Four Treaty” otherwise known as the “Treaty on the Final Settlement with Respect to Germany.”  It was signed by the two now reunified Germany’s (East and West), and the former four powers that oversaw the occupation of post-War Germany namely the United States, Great Britain, France and Russia.  Among the reasons why this treaty negated past settlement agreements was that the reunification of Germany would make a significant contribution to the stability of Europe.  I think that’s pretty damned evident today.  Germany IS the keystone of Europe; as she goes, so goes that continent.  The four superpowers agreed therein to relinquish their function in Germany.

…Not so fast, my friend…..not so fast!  It seems Greece – on the cusp of bankruptcy, frustrated by its own inability to tighten its economic belt according to German-driven economic controls and with an essentially Communist governing party, has now decided to claw back to 1944!   Many think it’s being done in a seedy and unseemly way that fosters everything BUT a unified Euro currency and economy.

In 2012 Greek Prime Minister Papademos appointed a commission to revisit German reparations owed his country.  The new number was – get ready – $12 billion!  OOOPAH!!!!  No international bodies have co-signed that claim but it is there.  I’m not a betting man myself but when someone loses a bet with a bookie and rather than pay his/her debt instead attempts to turn the tables on the bookie to avoid payment – well needless to say it seems highly unwise.  So, what’s the point?  The point is that the EU is in a world of trouble.  It’s going to get MUCH worse and this is precisely the kind of low blow that governments are willing to deal to help their financial strains.  It breeds Nationalism, like or not, it will INCENSE the German people beyond measure and it will leave Angela Merkel and her leadership to dig thru Germany’s past, yet again, in the name of an IOU on the part of a laggard nation.

Conclusion: Greece should realize “kick-the-can” is much tougher to play with open toed sandals!

The game of “kick-the-can” is getting uglier by the minute!  Should Germany and the EU cut the tether on Greek EU membership, it’ll open one helluva can of worms; if it doesn’t and acquiesces to Greek demands, Germany will lose face and respect and other laggard nations will follow suit.  Do you see how bad this is? ……and this is just one of myriad blips on the EU radar…..if one can refer to it as a “blip.” Meanwhile European investor money is and will continue flying into U.S. IG product.