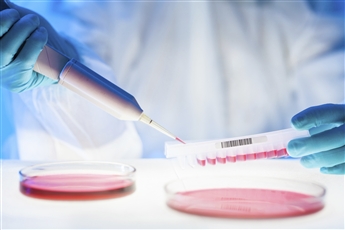 Shares of Pharmacyclics (NasdaqGS: PCYC), a maker of cancer treatments, surged nearly 17% Wednesday, extending a run that has seen the stock surge 80.1% this year, on news that the California-based company is mulling a sale.

Citing unidentified sources, Bloombergreports that Dow component Johnson & Johnson (NYSE: JNJ)and Swiss pharma giant Novartis (NYSE: NVS) could be among the suitors for Pharmacyclics. Multiple suitors for the company could prove to be a boon for the First Trust NYSE Arca Biotechnology Index Fund (NYSEArca: FBT), one of a scant number of exchange traded funds that have decent exposure toPharmacyclics.

Shares of FBT climbed 1.9% Wednesday on volume that was more than 25% above the three-month trailing average thanks in part to the ETF’s nearly 4.1% weight to Pharmacyclics. The stock was FBT’s third-largest holding as of Feb. 24, helping the ETF join 24 other healthcare funds among the 195 ETFs that hit all-time highs yesterday.

Where things get interesting for Pharmacyclics, and as a result, FBT, is how much of a premium a suitor will pay. Pharmacyclics closed Wednesday with a market value of $16.6 billion. Sources told Bloomberg the company could fetch $17 billion to $18 billion. The Financial Times reported Pharmacyclics could command $19 billion.

For the entire article from ETFtrends.com, please click here