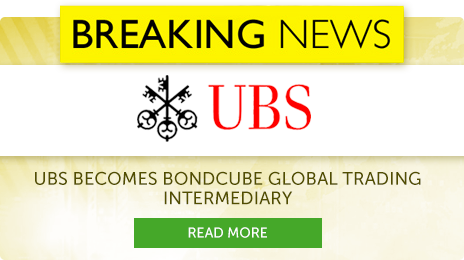 Just when you thought the world of electronic bond trading had become saturated, MarketsMuse.com Fixed Income and Trading Tech departments continues coverage of the increasingly popular fixation on the part of entrepreneurs and technology firms, who have set up nearly two dozen new markets to trade corporate debt. In the rhetorical question posed by Bloomberg LP reporter John Detrixhe in his 15 April coverage of yet the latest entrant “BondCube”, the question is whether any of them will succeed.

In advance of the below extract from Bloomberg LP, MarketsMuse editors pose the following question: “Now that there are close on two dozen competing initiatives, which innovator from the world of FinTech will launch a platform that aggregates the APIs of the these disparate systems so as to provide a means by which bond traders can enter an order that will be seamlessly routed to the best destination for best execution? OK, So the likely answer is : Not until there are at least 4-5 systems that have demonstrated they have captured enough liquidity to make it worth the effort to build a fire hose for fixed income order routing. Here’s the extract from Bloomberg LP:

Bondcube, a London-based startup 30 percent owned by Deutsche Boerse AG, has gone live in the U.S. and Europe, according to a statement on Tuesday. The fixed-income market hosts securities denominated in 10 currencies, and averages about $300 million of orders a day.

“To simply start in this space as a new platform, never mind survive, you need a good idea, you need institutional financial support — in our case that is Deutsche Boerse,” said Paul Reynolds, Bondcube’s chief executive officer. “You need to be properly regulated. Unless you achieve those milestones, you’re not even going to start.”

Technology companies are stepping into a gap in the market created by requirements on banks to hold more capital. Rule changes have restricted the banks’ ability to trade on their own account and have also made it more expensive — and therefore less profitable — for the firms to hold bonds in the expectation that clients will want to buy them.

Bondcube is regulated by the U.K.’s Financial Conduct Authority, allowing traders in another 30 European countries to use the electronic bond-matching venue. The company has also become a member of the Financial Industry Regulatory Authority in the U.S. Ten firms already use Bondcube, matching as many as five trades a day. A further 10 firms will join the platform each month.

The startup will compete for orders with almost 20 other electronic trading platforms, according to research firm Greenwich Associates. Bloomberg LP, the parent of this news organization, operates one of them.

Bondcube provides investors such as pension funds with an alternative way to find and then negotiate trades. Once a buyer and a seller have agreed to trade, UBS Group AG will consummate the transaction by accepting the deal. Two more banks may join UBS in this role, said Reynolds, who previously traded corporate debt at Citigroup Inc., Deutsche Bank AG and UBS.

For the entire story from Bloomberg LP, please click here