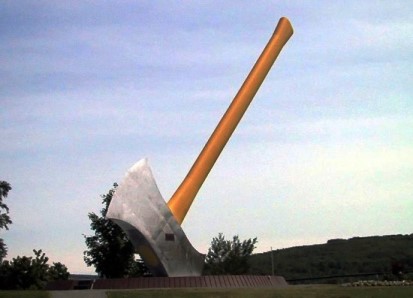 Nobody can accuse veteran government bond market broker and fintech poster boy David Rutter of being single-minded. The former Prebon Yamane exec, who later migrated to inter-dealer broker ICAP where he became of head of electronic trading, then did a stint as CEO of fixed income and FX platform BrokerTec, and who more recently has positioned himself as a blockchain empressario via his role as co-founder and head of R3, the industry consortium dedicated to normalizing the use of distributed ledger technology across the financial ecosystem remains determined to set the standard for how UST’s and related futures contracts are electronically traded.  His latest axe is to cut down on the noise and disruption created by high-frequency trading (HFT) tools used by so-called predators that have ‘undermined’ how government bonds are traded in the OTC marketplace.

(Bloomberg) via reporting by Eliza Ronalds-Hannon : David Rutter, the former head of the biggest electronic venue for Treasuries, says his startup will launch a new trading platform called LiquidityEdge Select this week. According to Rutter, a big draw is that it will enable clients to shut off bids and offers from firms they suspect are using hair-trigger algorithms to trade against their orders. He’s enlisted Cantor Fitzgerald to backstop the transactions and signed up about 90 clients, including most of the Treasury market’s 23 primary dealers and several high-speed trading firms.

“There’s a lot of pent-up demand to fix the inherent disadvantages” on some of the existing venues, Rutter said from his midtown Manhattan office. Going up against certain kinds of speed traders can be “a huge frustration.”

Success is far from guaranteed and there’s considerable debate over whether high-frequency traders, or HFTs, actually do more harm than good. But one thing is undeniable: technological advances and post-crisis bank regulations designed to limit risk-taking are transforming the inner workings of U.S. government debt trading. What’s resulted is a sense of disorder among the more traditional players in the world’s most important bond market.

“The game is changing every day,” said Tom di Galoma, the managing director of government trading and strategy at Seaport Global Holdings. On electronic platforms, the rise of HFTs “concerns anybody else who trades on them.”

Regardless of who or what is responsible, there are signs U.S. government bonds have gotten harder to trade, even as Treasury Department officials say the $13.7 trillion market is sound and the ability to transact remains robust.

An average of $491 billion of Treasuries have changed hands each day in the past year, down from $600 billion in 2011, according to JPMorgan Chase & Co. The ability to trade without moving prices has also deteriorated, with another measure indicating Treasuries are now 50 percent more sensitive to price fluctuations than they were five years ago.

At the same time, the market itself has become more prone to sudden shocks, with the Oct. 15, 2014, “flash crash” in Treasury yields the most prominent example. While regulators still haven’t figured out what triggered it, they concluded that automated trading firms made the wild ride that much worse.

All these changes have come as regulations imposed in the aftermath of the financial crisis prompted Wall Street banks to retreat from dealing. Computerized firms have swept in to fill the void.

Electronic platforms like ICAP Plc’s BrokerTec and Nasdaq Inc.’s eSpeed now account for almost half the volume in the Treasury market. Bloomberg LP, the parent of Bloomberg News, and its affiliates also provide trading in Treasuries.

On the main venues that cater to dealers, eight of the 10 biggest firms by volume last year were non-bank proprietary trading firms, according to Greenwich Associates, a financial services consulting firm. Their influence has led HFT critics to blame computerized traders for providing “phantom liquidity.”

That occurs when those firms use their speed to suddenly change the amount they are willing to buy (or sell) once they detect incoming orders. And it can be costly for slower-footed investors who enter the market thinking there’s a certain amount they can trade, only to have it disappear. In some cases, predatory firms use sophisticated algorithms to decipher a counterparty’s intentions and race ahead of its orders.

The problem was underscored by the Bank for International Settlements, which concluded in a January paper that such strategies have the potential to depress bond-market liquidity. According to Greenwich, less than half the trading activity on inter-dealer platforms last year consisted of “true market making,” which the research firm defined as the willingness of firms to buy and sell a specific security on demand.

“A lot of the intermediaries that had balance sheets to absorb risk and trade, they’re gone,” said Ed Al-Hussainy, senior global interest-rate analyst at Columbia Threadneedle Investments, which oversees $460 billion.

That’s where Rutter comes in. LiquidityEdge is the first of at least four companies that are planning to start trading platforms by year-end.

LiquidityEdge Select differs from traditional electronic platforms in a few distinct ways. First, clients can pre-select counterparties and trade with them using anonymous user IDs, rather than sending an order into a central market that everyone can see. That maintains confidentiality and enables clients to receive bids and offers only from parties they want. Second, the system allows customers to exclude any streams at any time.

Rutter says this kind of self-policing gives non-bank traders a greater incentive to provide firm orders, while weeding out predatory firms that try to game the system.

LiquidityEdge will also use Cantor Fitzgerald as a central clearing counterparty, settling trades via the Fixed Income Clearing Corp. That means trades are guaranteed even if one party fails to deliver on either payment or bonds. The lack of a such an arrangement precipitated the demise of Direct Match, a Treasuries trading startup that shut down in August.

To be sure, a proliferation of trading platforms could potentially harm liquidity more than help it.

New venues may poach clients from the incumbents — BrokerTec, Rutter’s former employer, and eSpeed — but that may just lead to shallower liquidity across more venues and result in a Treasury market that’s more fractured than it is now. LiquidityEdge Select will be the firm’s second trading venue for Treasuries. It will sit alongside the firm’s one-year-old bilateral platform, LiquidityEdge Direct.

“Is it a case of, the more liquidity pools the merrier?” said Anthony Perrotta, global head of research and consulting at Tabb Group, which specializes in market-structure research. “Some would say yes. At the same time, people’s bandwidth is only so great.”