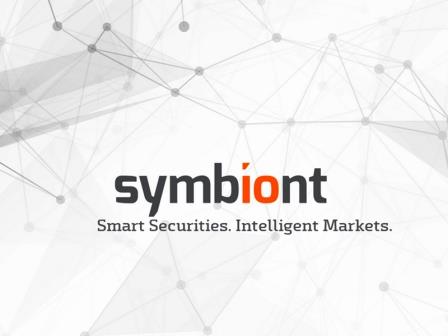 MarketsMuse fintech update is a “bid on” to prior Wall Street bitcoin initiative coverage, and following is courtesy of excerpt from 4 Aug story by Bloomberg LP reporter Andrew Leising, ” Wall Street, Meet Block 368396, the Future of Finance.”

When Justin Brownhill wants to check up on one of his latest investments through fintech merchant bank SenaHill Partners LP, he only needs to check the ledger unpinning bitcoin. The address: block 368396.

That’s the new digital home for the equity stake his firm made in Symbiont, a startup using bitcoin’s underlying blockchain software to make it quicker and easier to prove ownership of assets or transfer them between buyers and sellers.

Putting its money where its mouth is, Symbiont on Tuesday morning digitized and published several of its equity investments to the blockchain, which drives the bitcoin digital currency. That means the stakes will forever be part of that public record, allowing dividend payments or stock-option conversions to happen automatically.

“I woke up this morning and thought, ‘This is a historic moment,’” Brownhill, a managing partner at New York-based SenaHill, said in an interview after the Symbiont presentation on Tuesday. The merchant bank has investments in over a dozen other private companies. “Our job now is to go and espouse the benefits to all our portfolio companies,” he said.

Wall Street is becoming enamored with the potentially transformational way blockchain could overhaul how derivatives, bonds, loans and other asset classes work, dramatically simplifying the process of tracking ownership and accelerating the transfer of assets from one person to another.

Symbiont’s innovation is creating what it calls smart securities. The company is now practicing what it preaches: its founders’ stakes as well as shares and options granted to employees have been converted into encrypted code that lives in the bitcoin blockchain — the same ledger where any purchases and sales of the digital currency are recorded. Symbiont customers can do likewise to track changes in ownership interests.

“Today is the day crypto joins Wall Street,” Symbiont Chief Executive Officer Mark Smith said to the room full of investors, bankers and reporters in New York. Representatives of JPMorgan Chase & Co., Morgan Stanley and other financial institutions were among the audience members.

For the full story from Bloomberg LP, please click here