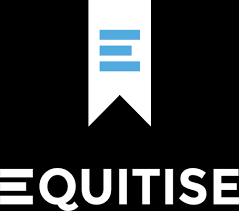 On the heels of an Oct 6 story at MarketsMuse about UK-based “Crowd2Fund.com”, now there’s another fintech entrant seeking to introduce secondary market trading of crowdfund deals. In a news release this week, Australia’s Equitise is joining with Syndex to create a new Alternative Trading System (ATS) to facilitate secondary market for crowdfunded securities.

In separate equity crowdfund industry news courtesy of industry portal RaiseMoney.com  the US Securities & Exchange Commission passed new rules for equity crowdfunding deals, which is expected to create a title wave of new opportunities for the brokerdealer industry.

Oct. 27 (BusinessDesk) – Equitise, the only trans-Tasman equity crowd funder, will launch a secondary market allowing investors to trade in real time in Australia and New Zealand in shares of crowd-funded ventures, which have typically been more illiquid investments.

The Auckland and Sydney-based firm, in partnership with Syndex, will build an online exchange where investors can buy and sell shares in Equitise crowd funded companies after the initial offer has closed, using the online exchange during trading periods.

“We want the companies we crowd fund to have a safe, secure and transparent way of trading securities,” Equitise co-founder and New Zealand manager Will Mahon-Heap said in a statement. “It combines Equitise’s expertise in running successful crowd funding campaigns with Syndex’s online exchange to provide companies with all the tools and resources they need to govern and manage shareholder interests.

“It will also provide our companies with access to new investment communities to stimulate trade in secondary markets and help generate more interest in crowd funding opportunities.”

Auckland-based Syndex has applied to the Financial Markets Authority to become a licensed financial products market, even though the Financial Markets Conduct Act does not currently require it to do so. Under the FMA’s equity crowd funding licensing regime, a platform such as Equitise wanting to give shareholders more liquidity in their investment would first need to get sign-off from the regulator to build a secondary market, where investors could trade equity up to an annual cap of 100 trades. Using Syndex means Equitise does not need to go through that process.

Companies are able to raise a maximum of $2 million from the ‘crowd’ in exchange for offering equity through crowd funding platforms.

Mike Jenkins, MD of Syndex, called the partnership a fantastic endorsement of Syndex’s ability to provide a common, go-to place for investors that have an interest in investing and trading in proportionally-owned assets. “We’re excited to be working with Equitise to launch in the private company equity market here in New Zealand and across the ditch in Australia.”

“We’re creating a trusted investment environment that promotes confidence and enables investors to tap into the substantial global equity crowdfunding market. That will not only create value for individuals and companies, but also stimulate growth and create wealth for the wider New Zealand economy.”

The financial markets regulator has said the legislation isn’t prescriptive when it comes to what any ancillary market for equity crowd funded companies might look like.

“Our overall concern is to ensure that the services run, the original offer and the secondary market, in a fair and transparent way. But in terms of how a secondary market might be run, we’re agnostic in how a crowd funder might do that,” Garth Stanish, director of markets oversight at the FMA, told BusinessDesk in September. “We haven’t been prescriptive around what we look for. We will expect to engage with each of the crowd funders as they come to us and there’s a range of options in how a crowd funding service could choose to structure a secondary market.”

Since the first licences were awarded in July last year, New Zealand now has seven equity crowd funding platforms and 37 offers have either been run or are underway, of which 24 successfully raised a total $13.3 million.

Competition to provide investors the ability to trade in their crowd funded equity is heating up.

Unlisted, the alternative share trading platform which also runs equity crowd funding platform CrowdCube, plans to offer crowd funded companies cheaper fees to list on its market. Snowball Effect, which is New Zealand’s largest platform to date in terms of capital raising, also has a secondary market offer waiting, which would see it facilitate trading periods for companies on their own websites, rather than through a multi-issuer market.

In August, Commerce Minister Paul Goldsmith granted an exemption from licensing requirements for Unlisted, which means the market can continue as an unlicensed platform, but its website must make its unlicensed status clear and investors will need to sign a declaration acknowledging the risks involved.

In a July 20 brief to the minister, obtained under the Official Information Act, the Ministry of Business, Innovation and Employment says an exemption will set a precedent for future applications “potentially including crowd funding platforms seeking to extend their licences to provide secondary markets”. In an Aug. 7 note to the minister, the FMA said while there was opposition to Unlisted’s exemption from some industry operators, whose names were redacted, others were in favour “albeit they did not consider that Unlisted would fill the secondary market gap for crowd funded companies.”

The Equitise-Syndex secondary market offer is different from Unlisted, with Syndex offering a peer-to-peer trading model, whereas Unlisted operates via brokers. The Syndex platform also has built its exchange using the cloud, a spokesman for Equitise said.