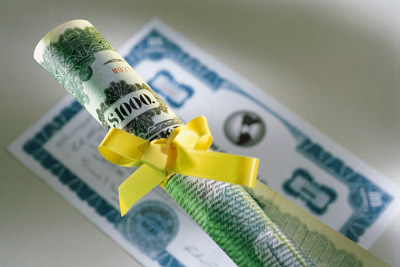 To kick off the 2016 debt market outlook, MarketsMuse fixed income curators are looking forward to the next Caribbean boondoggle, and in that spirit, we extend a shout out to Ron Quigley, one of the primary debt capital market’s top pulse-takers who also goes by the title Head of Fixed Income Syndicate for boutique investment bank, Mischler Financial Group, the financial industry’s oldest certified minority brokerdealer owned and operated by service-disabled veterans. Mischler was the 2014 and 2015 winner of the Wall Street Letter Award for Best Broker-Dealer Research, Quigley’s Corner is a bell-weather for the corporate bond market. Below comments come from the 04 January 16 edition of Quigley’s comments..

Expect a volatile year with today setting quite the tone to kick things off.  The Shanghai Index finished the session down 6.86% with the Shenchen off 8.2%.  A 5% plunge triggered first-time trading halt circuit breakers as panicked investors piled on sell orders further steepening declines.  The weaker yuan, manufacturing misses and the lifting of a ban on sales by major shareholders all combined to create a perfect storm for disruption on our first day back.

Taking back seat to China’s equity exchange turmoil was a critically important development in MENA in which Saudi Arabia officially cut all diplomatic and commercial ties with Iran. Saudi Foreign Minister Adel al-Jubeir requested the departure of delegates in diplomatic missions of the embassy and consulate and related offices within 48 hours. All flights to and from the Saudi Kingdom were immediately cancelled while Bahrain and Sudan joined in severing ties with Iran as well.  The Saudi’s move makes one think twice about the U.S.-Iran nuclear deal that will provide the cradle of Islamic Extremism with a cash windfall as sanctions are eased and assets up to $150 billion become unfrozen.  Let’s put that amount into proper perspective readers – that’s $25.7 billion MORE than the $124.3 billion the U.S. has given to Israel…..since 1948!

In reaction, the DOW opened down 400 points and as much as 467 intra-day – the worst start for the DOW in 84 years (1932) – and that, readers was all she wrote today for primary markets to decide to prudently stand down.  It should be noted, however, that the DOW was strong into the close gaining back 191 points.  We WILL revisit things tomorrow. Half a dozen issuers stood down today so if market tone is neutral overnight tomorrow could be a big day.

I couldn’t help but notice how many market participants and think tank experts talked about how those expecting a calm and quiet opening day to the New Year were in for a rude awakening today.  If you didn’t already know that this year was going to be highly volatile, then you might want to re-think your entire annual outlook.  There is nothing in the global landscape that should tell anyone otherwise.  Get used to days like today.

As one of my friends and former colleagues, who is also the author of 18 books on geopolitics and currently Senior Managing Director and Chief Economist at KWR International, Inc., Dr. Scott MacDonald exposed recently that there is a significant rise in holdings of Caribbean Banking Centers (CBCs).  Although record amounts of USTs have been issued, CBCs rank as the world’s third largest foreign holders of USTs behind Chinese and Japanese investors.  A close fourth place is occupied by the major oil exports namely Saudi Arabia, Qatari and UAE, etc. CBC’s are defined as the Dutch isles, Britain’s Caribbean territories, the Bahamas and Panama. What it spells are very high net worth individuals and families desperately searching for safe harbor investments.

CBC’s currently hold around $322 billion which is a new high. It was only $37 billion at the end of 2000.  The reasons are clear – global volatility is pushing investors into the flight to quality of U.S Treasuries compounded by the fact that the U.S. pays higher rates and with a much more palatable risk-to-growth proposition and a Fed that just increased rates last month for the first time in nine years while hinting at more. What it points to is a boat load of global market volatility and risk, aversion to a junk bond market that nearly saw its bottom fall out in late 2015, liquidity issues in corporate bond markets all on the back of our fragile and inextricably linked global economy that has lots of hotspots that can boil over on a day’s notice.  As Dr. Scott put it, “perhaps the Caribbean numbers point to the need to have your crash helmet ready for 2016.”

Germany reminded us of mounting economic woes facing the EU.  This morning, the engine that drives Europe posted disappointing consumer prices of 0.2% against 0.4% forecasts.  The ECB stands ready to print lots more funny money to bolster the faltering Union.  Given hammered commodity prices, oil at $36+ per barrel and severed ties between Saudi Arabia and Iran, it’s pretty clear to see that expectations for European inflation aren’t very realistic.

Well, I can tell you we hope to see more deals, which in turn, will mean more deal drill-downs and wonderful Diversity & Inclusion stories.  Those go without saying.  However in the world of waxing poetic on all things geopolitical, I’ll have lots of opportunities when there is time to expound therein.  Here are merely some of the mounting stories, getting worse NOT better, that I’m sure we’ll hear about in the “QC” in 2016 and in no particular order:

………..Stay tuned, she promises to be quite an unprecedented and dramatic year in many respects.

For the full edition of Quigley’s Corner 01.04.16, please click here